Mobile developers often work with REST APIs or other networking protocols in their applications to access data or to coordinate activities. In this tutorial you will create a Swift Server with SwiftNIO, a low-level networking framework that makes creating TCP servers easier than before.

Mobile developers often work with REST APIs or other networking protocols in their applications — whether it’s to retrieve data, communicate with other devices, or something else. SwiftNIO, written by Apple, is a low-level networking framework that makes writing Swift servers even easier than before, empowering Swift developers to leverage their skills on the server side.

In this tutorial, you’ll:

To start, you’ll need a Mac running at least macOS 10.12 Sierra with Xcode 9.3 or later. You’ll also use the command line, so be sure to open up Terminal, and check the command line utility for Swift is installed. You can check this by entering swift –version. It must be version 4.1 or later.

Note: The command line tool you need should be installed with Xcode. If you don’t successfully see your version of Swift when running the swift –version command, go here for more information.

First, it’s helpful to understand exactly how the SwiftNIO framework differs from other Swift frameworks.

If you’re a Swift developer, it’s very likely you’ve focused only on mobile applications. This makes servers in the cloud seem like voodoo magic — or at least a little confusing at first. 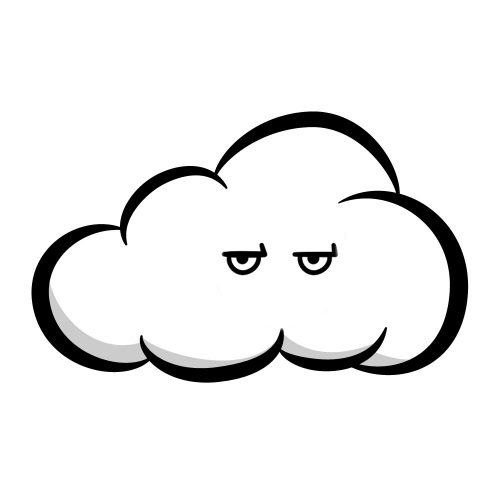 Thankfully, if you know Swift, frameworks like Kitura and Vapor make writing a web service easier. 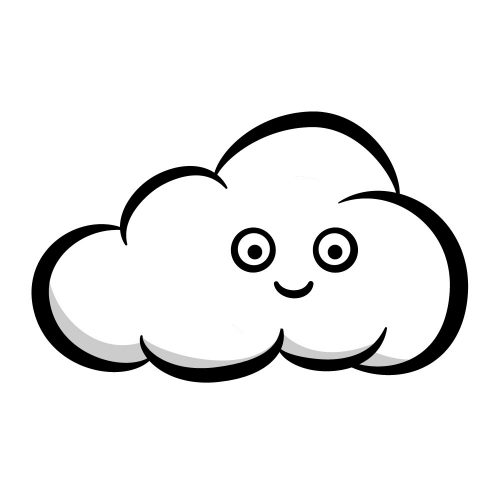 You complete me, NIO.

BlueSocket is great, but it doesn’t fill in all the blanks when it comes to server-side Swift. For example, Kitura not only included the work of BlueSocket, but it also implemented the entire HTTP stack under the hood, so incoming communication would be routed the right way. Now, Apple has raised the bar, introducing SwiftNIO and essentially handling socket communication and HTTP for us.

Note: SwiftNIO has been written as a port of Netty, a Java low-level networking framework, but in Swift. 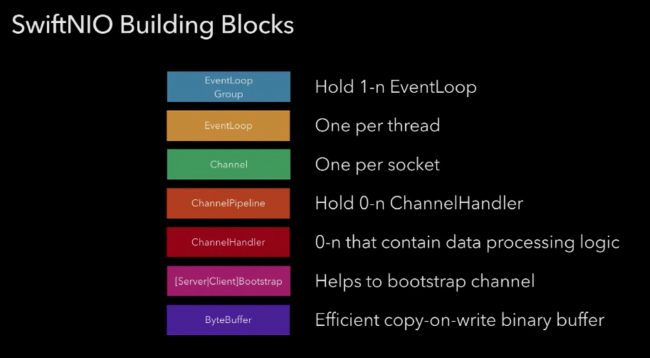 This is a diagram taken from Norman Maurer’s talk on SwiftNIO, given March 1, 2018, in Tokyo.

This tutorial won’t go into great detail about every piece of the above diagram but, as you work your way through, each piece should begin to make sense. However, it’s worth explaining what an EventLoopGroup is and, thus, what a MultiThreadedEventLoopGroup accomplishes with this class.

An EventLoop runs in a loop, looking for new tasks to handle that have come in from a new client via a network connection. Think of an EventLoop like a serial DispatchQueue, which allows you to delegate blocks of code for execution at a time of your choosing. As multiple EventLoop instances cycle through your thread, they look for tasks to execute.

After an EventLoop searches for tasks and schedules them, it executes them one by one.

When you put these EventLoop instances into an EventLoopGroup, the handler looks more like a concurrent DispatchQueue. You can also think of this like a thread pool. This means you can submit multiple tasks to the group and, depending on the time it takes to complete each task, the order of completed tasks may not be what you initially submitted to the group.

This is where the MultiThreadedEventLoopGroup class comes in. This specifies the EventLoopGroup that’s created will tie each group to a specific thread, further streamlining your asynchronous operations that come in. Think of it like an upgraded EventLoopGroup. 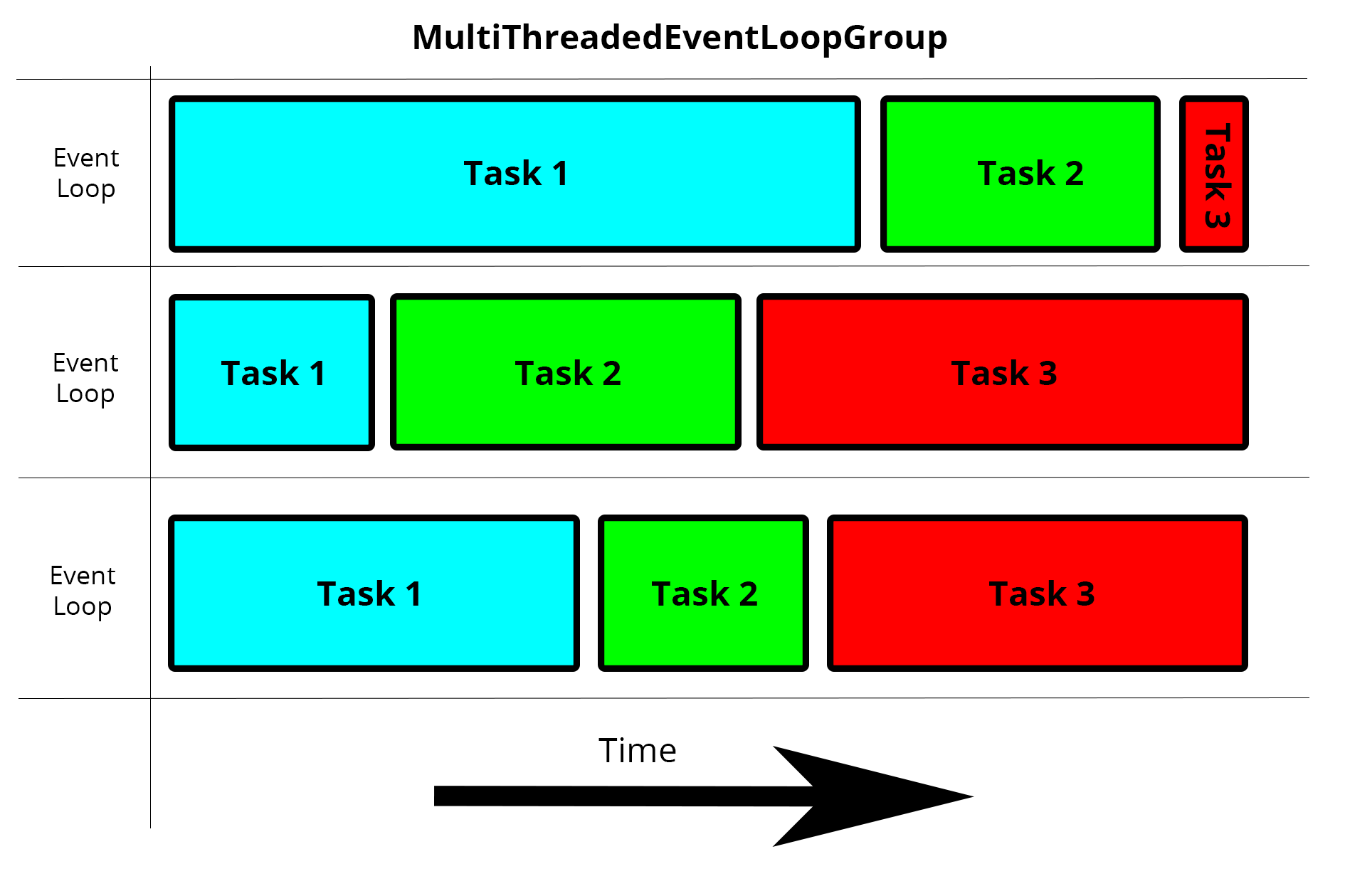 Each task gets taken care of in its own discrete group.

Let’s say you’re at a food truck operated by one person. The person at the front of the line orders his food. He pays; he waits. He gets his food. The next person repeats this same process. The food truck delivers everyone’s order correctly, but it’s very slow. If you’re at the end of the line, you are pretty unhappy.

This is an example of a synchronous operation — something that blocks all other work until the current request is completed. A connection to a PostgreSQL database is another example.

Now, imagine the same food truck has an order-taker and two chefs. The person at the front of the line orders his food. He pays; he waits. But wait! The second person can now order his food without having to wait for the operator to complete the order for the first person. And the first person only has to wait for one other person. Here, the chefs are the EventLoopGroups making the food.

This is an example of a set of asynchronous operations. Ultimately, you’re waiting on the available resources of the service. But this new setup can handle multiple requests at the same time. The end user will see an increase in performance.

Another example of this is… well, SwiftNIO!

Setting Up Quote of the Day

To kick things off, download the materials for this tutorial; you can find a link at the top or bottom of this tutorial. You’ll be implementing a server called Quote of the Day — believe it or not, Quote of the Day (QOTD) is a real internet standard (RFC). You can read the protocol spec here.

The flow of information from the server works as follows:

If you take a look at the RFC for Quote of the Day, you’ll notice two key things that you’ll do differently in this tutorial:

For this tutorial, you’ll also use an iOS client to check that the server works properly. This iOS client uses BlueSocket — you won’t be making any changes to the iOS app, but feel free to look through the source code on your own.

Note: SwiftNIO also has the ability to act as a client for network communication and not just as a server. This means you could, in theory, write an iOS client using SwiftNIO, too.

In the starter project, go to the Mobile/ directory and open up the swift-nio-qotd-client.xcodeproj file. In Xcode, run this on a simulator of your choosing. However, don’t run this on a device, as you won’t easily be able to connect with a local server connection on your machine from your device.

When the simulator boots up, tap the refresh icon in the upper right-hand corner of the screen. You should see the following error underneath the Quote heading: 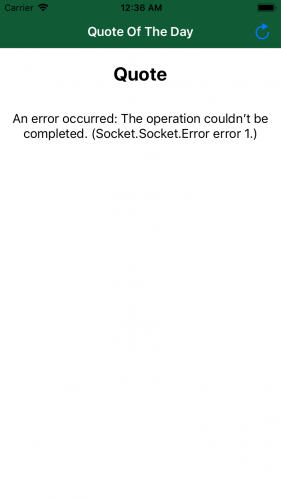 Fear not! This is normal.

Keep this simulator open, but minimize it on your machine. You’ll come back to this later when you get your server up and running.

Setting Up Your Server Project

Open Terminal and navigate to the root directory of the starter project. Enter the following commands:

Note: If you have MacPorts installed on your machine you may have to use the following in place of swift build above: rm -rf .build && unset PKG_CONFIG_PATH && swift build

Once Xcode opens, go to the top of the window and, in the scheme selector, select QOTD-NIO and My Mac like so: 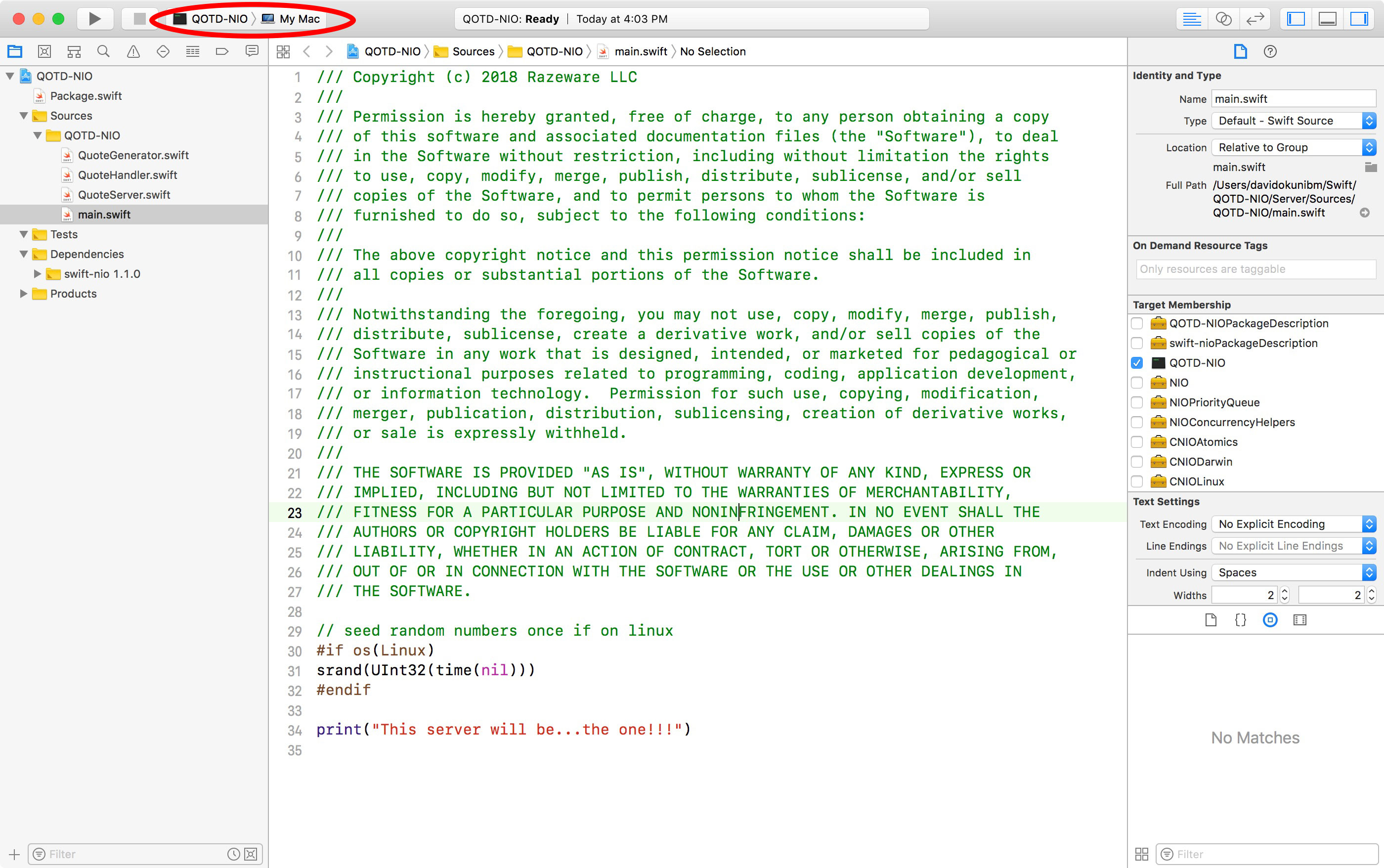 Build and run the project. At the bottom of the debugger, you should see a single printed message: This server will be… the one!!! If you see this, you’re ready to dive in.

In Xcode, open QuoteServer.swift. This is where you’re going to set up your server to bind to a port.

Replace the code in this file with the following:

What this code is doing:

Now, you’ll add a private variable for an object that you need called a ServerBootstrap. Think of this class as a helper class that sets up a server for you to serve information that you delegate. Inside your class declaration, but below init(host:port:), add this:

Looking at the code above:

Note: In the code block above, the explanation covers only the options that directly affect this tutorial. However, to learn more about the others, refer to the official Apple SwiftNIO Docs

Build and run your project. You should see the same result as before. You still have a few more steps to complete your working QOTD server.

In Xcode, open QuoteHandler.swift. Notice you already have a stubbed class that conforms to ChannelInboundHandler. This protocol gives you access to a series of methods that handle communication with the associated ServerBootstrap you set up. You’ll implement two of these shortly.

Notice the following two lines are already in the class:

These are convenience typealiases that are required to declare to conform to ChannelInboundHandler so you can specify what kind of data comes into and out of your handler. You’re using ByteBuffer, which stores contiguously allocated raw bytes of data. This is straight-forward to work with when you’re writing a String to your response, as you’ll soon see.

Inside your class and underneath your typealias declarations, add the following:

Let’s take a look at what you’ve just added:

From this example, you can see that, anytime you want to handle incoming information from a client, you need to write a handler that conforms to ChannelInboundHandler to do so. From here, the possibilities are endless.

Polishing Off Your Server Functionality

In Xcode, go back to QuoteServer.swift and, in between your init(host:port:) method and your serverBootstrap var, add the following:

Breaking down what you’ve done:

Poetic as it sounds, you can’t run forever; you need a graceful way to shut down your server. In the same class, after run(), add the following:

You’ve got yourself a server! Only one more change before we run it.

In Xcode, open main.swift. Delete the lone print statement at the bottom and replace it with the following:

And here’s what this code does:

Note: Remember you might not want to start your server from inside the constructor? The above code is a great example of this. A separate run() method allows us to make changes to other properties of your server before running it.

Build and run your project. You should see a line in the debugger about your server being open on port 1717.

Pull your iOS client back up. Build and run it if you stopped the project. Tap the refresh button and… 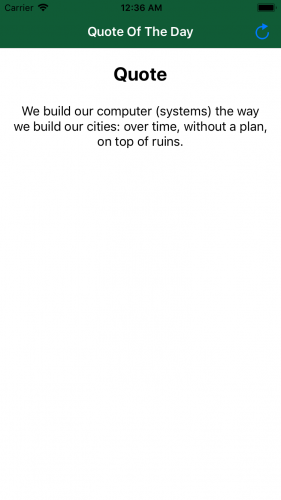 Your Swift TCP server is running! Check the logs on your Xcode project running your debugger and you should see the following output:

You can download the final project using the link at the top or bottom of this tutorial. I encourage you to build on this and play with the available APIs to see what else you can do.

Additionally, if you clone the SwiftNIO project from source, there are a couple of demos you can try right inside the project itself. If you open Xcode, you can see the executables listed in the scheme selector:

For more information on SwiftNIO from Apple itself, check out the full Apple SwiftNIO Docs on Apple’s GitHub.

It’s an exciting time for Swift as it stretches past mobile development and into the rest of the programming world. Let us know what Swift projects you’re working on, your thoughts on the future of Swift, or leave us your favorite Quote of the Day in the forum discussion below!