We’re excited to announce that iOS 11 by Tutorials is now available for pre-order. See what we’re planning, and find out how you can be a part of the book too!

WWDC 2017 brought us some of the coolest features we’ve ever seen in an iOS release. Augmented reality with ARKit, machine learning in CoreML and drag and drop in iOS are just the beginning of all the great stuff in iOS 11.

And like every year post-WWDC, our book teams have already jumped into high gear. We’re excited to announce that iOS 11 by Tutorials is available for pre-order today!

This is the seventh installment in our ever-popular iOS by Tutorials series, and this year we’re having a creative competition for the book, where you can help decide what goes on the cover and get a chance to win some great prizes.

Read on for details of what we’re hoping to cover in the book, how to pre-order your own copy — and how you can get involved!

What’s in iOS 11 by Tutorials?

We’re still plowing our way through the 100+ videos from this year’s WWDC sessions, and there’s a tremendous amount of great stuff to cover!

Here are the high-level topics we’re planning on covering right now. Expect more to be added or changed as we work on the book: 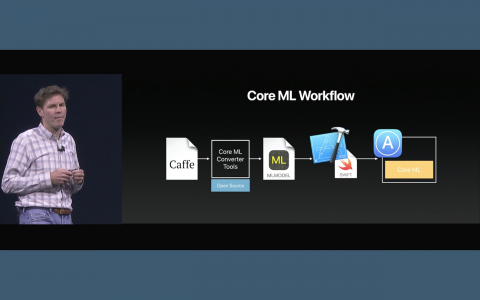 Although you could teach yourself these items by reading Apple docs and sample code, it would take forever – and let’s face it, we’re all busy developers.

That’s why we create the iOS by Tutorials books each year. We do the hard work of figuring things out and making a nice easy-to-understand tutorial – that way you can quickly get up-to-speed and get back to making great apps.

Help Us Design the Cover

We’ve been so busy digging into all the great features of iOS 11, Swift 4 and Xcode 9 that we just haven’t had any time to decide what to put on the cover — and that’s where you come in!

Our current selection of books features a handsome array of sea creatures on the covers, and iOS 11 by Tutorials should be no different. 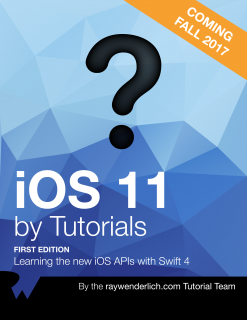 iOS 10 by Tutorials hosted a school of ten clownfish on the cover, and to continue the tradition, we need your suggestions:

What school of eleven sea creatures should appear on the front of iOS 11 by Tutorials?

To enter, simply add a comment to this post, telling us what school of sea creatures should appear on the cover, and why.

Maybe sharks, to represent Apple’s aggressive moves into AR and VR this year? Rockfish, to pay homage to Phil Schiller’s promise that the HomePod will “Rock the house”? :] We know you can do better than that!

Get your suggestions in now! We’ll be closing the entries soon.

We’re opening pre-orders for iOS 11 by Tutorials today, for a limited-time, pre-order sale price of $44.99.

When you pre-order the book, you’ll get exclusive access to the upcoming early access releases of the book, which will be coming out in July and August, 2017, so you can get a jumpstart on learning all the new APIs. The full edition of the book will be released in Fall 2017.

Head on over to our store page to pre-order iOS 11 by Tutorials now:

We’re looking forward to sharing all the great new stuff in iOS 11, Swift 4 and Xcode 9 with you — and don’t forget to add your comment below with your idea for the cover! We can’t wait to see what you come up with.