ViewPager Tutorial: Getting Started in Kotlin

In this ViewPager tutorial for Android, you’ll learn how to use a ViewPager to navigate between content pages in Kotlin.

In this tutorial, you’ll become familiar with the ViewPager by modifying an existing app to make the UI more enjoyable. Along the way, you’ll also learn: 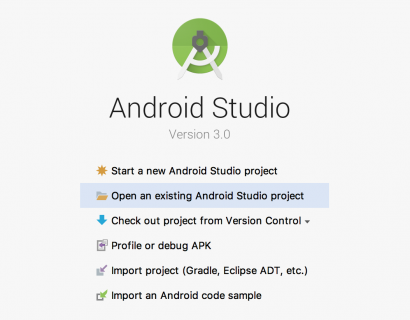 Navigate to the sample project directory and click Open. 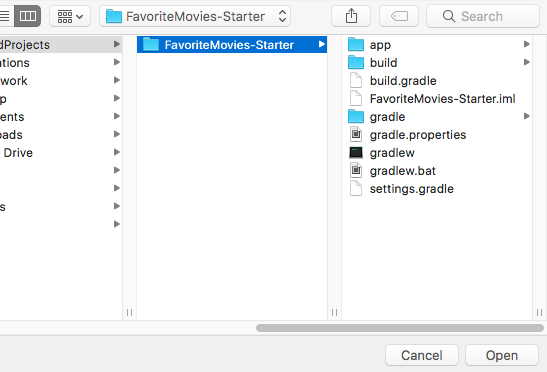 Take a look at the existing code before going on with the tutorial. Inside the assets directory, there is a JSON file containing some information about the top 5 most popular Android related movies ever made. :]

You can find the helper methods used to read the JSON data inside MovieHelper.kt. The Picasso library helps to easily download and display the images on the screen.

This tutorial uses fragments. If you are not familiar with fragments have a look at this tutorial.

Build and Run the project.

The app consists of a few pages, each displaying some information about a movie. I bet the first thing you tried to do was swipe left to check out next movie! Or was it just me? For now, you can not-so-gracefully navigate between pages using the Previous and Next buttons at the bottom of the screen.

Adding a ViewPager to the UI will allow the users to move forward or backward through the movies by swiping across the screen. You don’t have to deal with the slide animation and the swipe gesture detection, so the implementation is easier than you might think.

For step one, open MainActivity.kt and remove everything inside onCreate(), below this line:

Remove the replaceFragment() method from the bottom of the class as well.

Now open activity_main.xml and replace everything inside the RelativeLayout with the following:

Here you created the ViewPager view, which is now the only child of the RelativeLayout. Here’s how the xml file should look:

Go back to MainActivity.kt and first import the ViewPager to be able to use it with this line:

Now you can add the following line at the top of the class to declare the ViewPager:

Note: Use the keyword lateinit to avoid making the view nullable if you want to initialize it later. Read more about lateinit and other Kotlin modifiers here.

Add this line at the bottom of the onCreate() method to link your ViewPager reference to the xml view you created previously:

Step one completed! You now have a ViewPager that doesn’t do anything particularly interesting without an Adapter that tells it what to display. If you run the app now you won’t be able to see any movies: 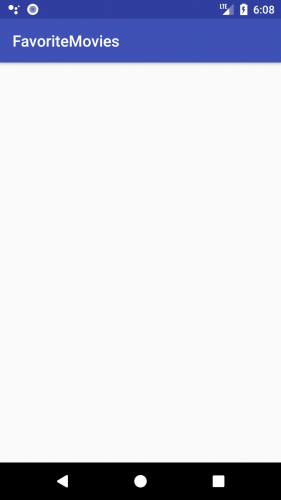 The ViewPager usually displays the “pages” using fragment instances, but it can also work with simple views such as ImageView if you want to display static content. In this project, you will display multiple things on each page. Fragments are here to help you.

You will connect your Fragment instances with the ViewPager using a PagerAdapter, which is an object that sits between the ViewPager and the data set containing the information you want the ViewPager to display (in this case the movies array). The PagerAdapter will create each Fragment, add the corresponding movie data to it and return it to the ViewPager.

There are two types of standard PagerAdapters that manage the lifecycle of each fragment: FragmentPagerAdapter and FragmentStatePagerAdapter. Both of them work well with fragments, but they are better suited for different scenarios:

It’s time to decide. Your list of movies has only five items, so the FragmentPagerAdapter might work after all. But what if you get bored after this tutorial and watch all Harry Potter movies? You’ll have to add 8 more items to the JSON file. What if you then decide to add your favorite TV series as well? That array can become pretty large. In this case, the FragmentStatePagerAdapter works better.

In the project navigator pane, right-click on com.raywenderlich.favoritemovies and select New -> Kotlin File/Class. Name it MoviesPagerAdapter and select Class for Kind. Hit OK.

Replace the contents of this file with the following:

Let’s go over this step-by-step.

Open MainActivity.kt and add the following line at the top to declare your MoviesPagerAdapter:

Next add the following inside onCreate(), beneath the existing code:

This initializes your MoviesPagerAdapter and connects it to the ViewPager.

Build and run. The app should behave like the original version, but you can now navigate between movies by swiping rather than pressing buttons :].

Note: Using the FragmentStatePagerAdapter saves you from having to deal with saving the current page across a runtime configuration change, like rotating the device. The state of the Activity is usually lost in those situations and you would have to save it in the Bundle object passed as a parameter in onCreate(savedInstanceState: Bundle?). Luckily, the PagerAdapter you used does all the work for you. You can read more about the savedInstanceState object and the Activity lifecycle here.

The FragmentStatePagerAdapter will stop creating new fragments when the current index reaches the number of objects returned by getCount(), so you need to change the method to return a fairly large number that the users are not very likely to reach by continuously swiping in the same direction. That way the PagerAdapter will keep creating pages until the page index reaches the value returned by getCount().

Open MoviesPagerAdapter.kt and create a new constant representing the large number by adding this line at the top of the file above the class definition:

Now replace the return movies.size line inside getCount() with this:

The only problem you now have is inside the Adapter’s getItem(position: Int) method. Since getCount() now returns a number larger than the size of the list, the ViewPager will try to access the movie at an index greater than the array size when the user swipes past the last movie.

Replace the code inside getItem(position: Int) with this line:

This will ensure that the ViewPager doesn’t request the element at an index larger than movies.size because the remainder after you divide the position by movies.size will always be greater than or equal to 0 and less than movies.size.

Right now the infinite scrolling works only when the user navigates forward through the array (swipes left). That is because, when your app starts, the ViewPager displays the movie at index 0. To fix this issue, open MainActivity.kt and add the following line inside onCreate() below the line where you connect the PageAdapter to the ViewPager:

This tells the ViewPager to display the movie found in the middle of the array. The user has now plenty of swiping to do in either direction before they reach an end. To ensure that the movie displayed at the beginning will still be the first one in your list, set MAX_VALUE to be an even number (in this case 200 works fine). This way, after you divide pagerAdapter.count by 2, pagerAdapter.count % movies.size = 0 (which is the first index that the ViewPager asks for when the app starts).

Build and run. You should now be able to swipe left and right a decent amount of times and the movies will start again from the beginning after you reach the last one and from the end when you reach the first one.

If you try to add a TabLayout to your ViewPager you won’t be able to see any tabs because the layout will be automatically populated with as many tabs as the FragmentStatePagerAdapter tells it by calling the getCount() method, which now returns a pretty large number. Trying to fit that many tabs on your screen will make them really narrow.

Luckily, there is a third party library called RecyclerTabLayout that solves this problem. The library uses the RecyclerView in its implementation. You can learn more about the mysterious RecyclerView from this tutorial. To install the library, open up build.grade (Module: app) and add the following line inside dependencies:

The recyclertablayout library uses an old version of the Android Support Libraries, so you’ll need to add the following to make the Gradle sync happy:

Tap Sync Now on the yellow pop-up and wait until Android Studio installs the library.

Open activity_main.xml and paste the following snippet above the ViewPager:

Now add the following property to your ViewPager to align it below the RecyclerTabLayout:

Your whole layout file should now look like this:

Open MainActivity.kt and import RecyclerTabLayout at the top of the file, like this:

Now add the following at the top of the class to declare a RecyclerTabLayout instance:

Add this block of code inside onCreate(), above the line where you set viewPager.currentItem:

The last thing you have to do is let the RecyclerTabLayout know what titles to display on the Tabs. Open MoviesPagerAdapter.kt and add the following method inside the class:

This method tells the TabLayout what to write on the tab placed at a particular position. It returns the title of the movie that corresponds with the fragment created inside getItem(position: Int).

Run the app. You should be able to see the tabs changing as you swipe through the pages. Try tapping on a tab and see how the ViewPager will scroll automatically to the corresponding movie :].

You can download the final project for this tutorial here.

Nice job! You’ve modified an app and gave it a nicer UI with the help of ViewPager. You’ve also added a pretty cool TabLayout and implemented the endless scroll. In addition, you learned about the PagerAdapter and had to choose which of the FragmentPagerAdapter and FragmentStatePagerAdapter is best for you application.

If you want to read more about the ViewPager have a look at the documentation. You can try and customize the transition animation with the help of PageTransformer. Check out this tutorial for that.

Bonus challenge: You can implement dot indicators for your pages as seen in many onboarding flows. Here you can find a nice way of creating dot indicators. Note that this solution won’t work with your final ViewPager from this tutorial as it needs PagerAdapter‘s getCount() method to return the exact number of pages. You can try implementing the indicators instead of the endless scroll. This time try using the default TabLayout instead of the third party library. You can download the solution here.

Feel free to join the forum discussion below if you have any comments or questions! :]