Implementing The Command Pattern In Unity

How to achieve replay functionality, as well as undo and redo in Unity by using the command pattern. Use it to enhance strategy and similar games.

Have you ever wondered how games like Super Meat Boy and others achieve their replay functionality? One of the ways to do it is by executing the inputs exactly as the player issued them, which, in turn, means that the input needs to be stored somehow. The Command pattern can be used to do that and more.

The Command pattern is also useful if you want to create Undo and Redo functionalities in a strategy game.

In this tutorial, you will implement the Command pattern using C# and use it to traverse a bot character through a 3D maze. During this process, you’ll learn:

Note: This tutorial assumes that you are already familiar with Unity and have intermediate C# knowledge. This tutorial uses Unity 2019.1 and C# 7.

To set things in motion, download the project materials using the link at the top or bottom of this tutorial. Unzip the file and open the Starter project inside Unity.

Go to RW/Scenes and open the Main scene. You will notice that the scene contains a bot inside a maze, and there is a terminal UI that displays instructions. The floor’s design is like as a grid, which will be useful visually when you make the bot move across the maze. 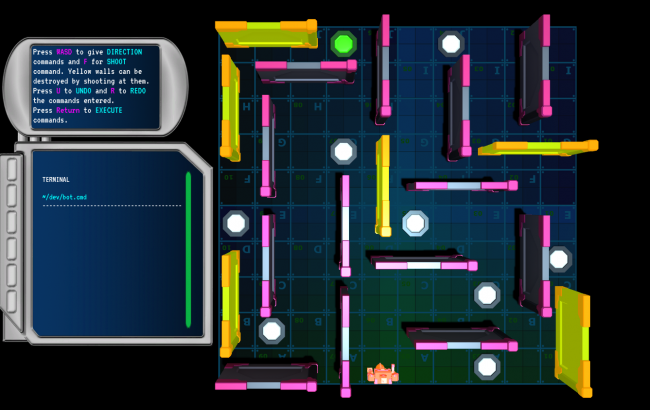 If you click Play, the instructions won’t seem to be working. That’s OK because you will add that functionality in this tutorial.

The most interesting part of this scene is the Bot GameObject. Select it from the Hierarchy by clicking on it. 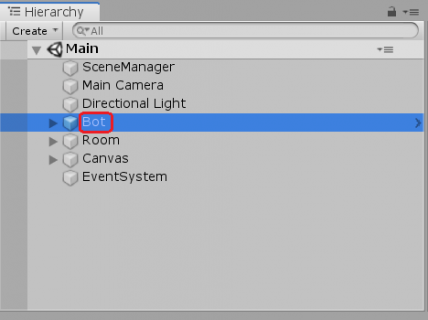 Take a look in the Inspector, and you will see that it has a Bot component attached to it. You will use this component while issuing input commands. 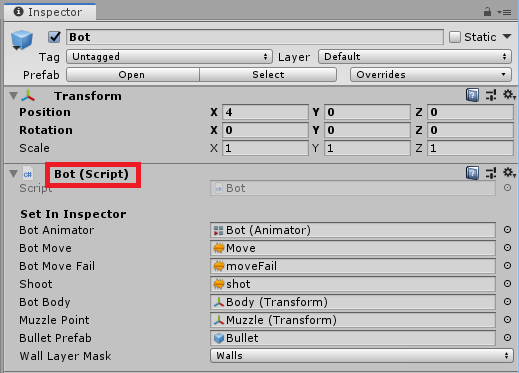 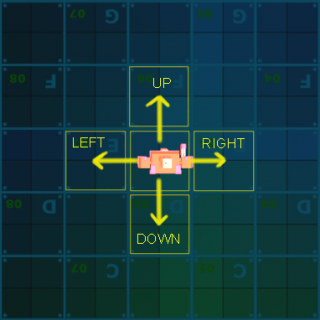 The Shoot method makes the bot shoot a projectile that can destroy the yellow walls but is useless against other walls. 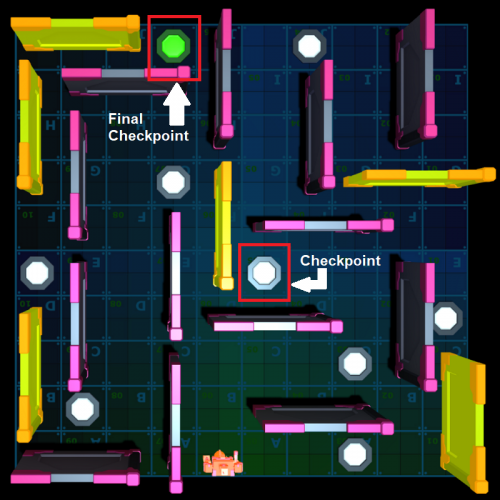 You can’t use these methods yet, but you will soon. First, you will learn about the Command design pattern.

The Command pattern is one of the 23 design patterns described in the book Design Patterns: Elements of Reusable Object-Oriented Software by the

The authors state that the “Command pattern encapsulates a request as an object, thereby letting us parameterize other objects with different requests, queue or log requests, and support undoable operations.” 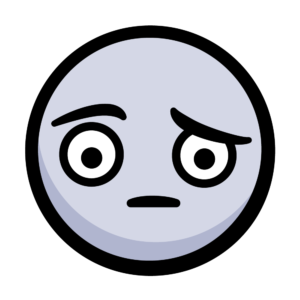 I know, this definition isn’t exactly “user friendly,” but let’s break it down.

Encapsulation refers to the fact that a method call can be encapsulated as an object. 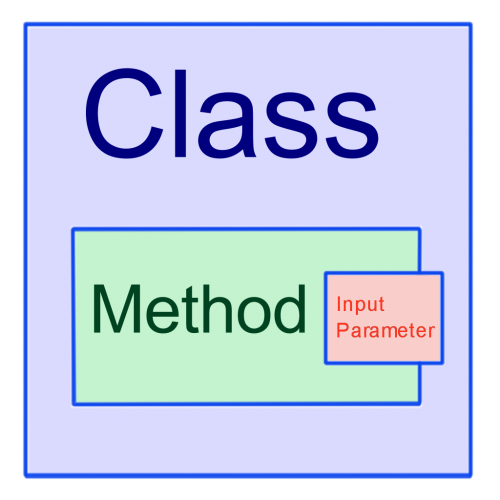 The encapsulated method can act on multiple objects based on the input parameter. This is what parameterizing other objects means.

The resulting “command” can then be stored alongside other commands before their execution. This refers to the queuing of requests. 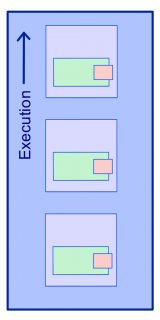 Finally, “undoable” here doesn’t mean something that is impossible to achieve, but rather it refers to the operations that can be reversed by an Undo functionality. 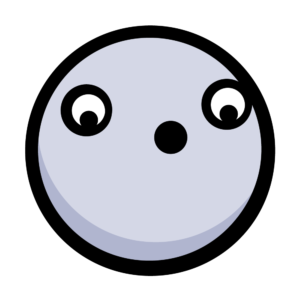 OK, but what does this mean in code?

The multiple instances of a Command class can be passed around as regular objects, which means that they can be stored in a data structure, such as a queue, stack, etc.

Finally, to execute any command, its Execute method will need to be called. The class that triggers the execution is called the Invoker. 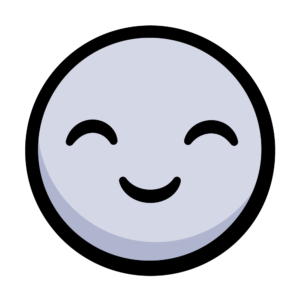 Right now, the project contains an empty class called BotCommand. In the next section you will tackle the requirements to implement the above, enabling the Bot to execute actions using the Command pattern. :]

In this section, you will implement the Command pattern. There are multiple ways to implement this pattern. This tutorial will teach you one of such ways.

First, go to RW/Scripts and open the BotCommand script in your editor. The BotCommand class should be empty but not for long.

Paste the following code inside the class:

So what is happening, here?

Save your changes and — congratulations! You have successfully implemented the Command pattern.

All that’s left is to use it.

Here, you will create five instances of BotCommand. These instances will respectively encapsulate the methods to move the Bot GameObject up, down, left and right, and also to make the bot shoot.

To do so, paste the following inside this class:

In addition, the second parameter to the constructor is a string representing the name given to represent the command. This name will be returned by the ToString method of the command instance. This will be used later for the UI.

In the first four instances, the anonymous methods call the Move method on the bot object. The input parameter varies, however.

Finally, in the fifth instance, the anonymous method calls the Shoot method on the bot object. This will make the bot shoot a projectile on the execution of this command.

Now that you have created the commands, they need to be accessed somehow when the user issues an input.

To do this, paste the following code inside the BotInputHandler, just below the the command instances:

The HandleInput method simply returns a single command instance based on the key pressed by the user. Save your changes before you continue.

Alright, now it is time to use the commands you created. Go to RW/Scripts again and open SceneManager script in your editor. In this class, you will notice that there is a reference to a uiManager variable of type UIManager.

The UIManager class provides some helpful utility methods for the terminal UI that is being used in the scene. If a method from UIManager gets used, this tutorial will explain what it does, but for the purposes of this tutorial you don’t need to know its inner workings.

Furthermore, the bot variable references the bot component attached to the Bot GameObject.

That's a lot of code! But don't worry; you are finally ready for the first proper run of the project in the Game view.
You will examine this code afterward. Save your changes before you continue.

Running the Game to Test the Command Pattern

Alright, it's time to build everything and press Play in the Unity editor.

You should be able to enter direction commands using the WASD keys. To enter the shoot command, use the F key. Finally, to execute, press the Return key.

Note: You cannot enter more commands until the execution process is over..

Notice how the lines are being added to the terminal UI. The commands are being represented by their names in the UI. This was possible due to the commandName variable.

Also, notice how the UI scrolls to the top before execution and how the lines are being removed upon execution.

A Closer Look at the Commands

Now, it's time to examine the code you added in the "Using the Commands" section:

Run the scene one more time and try to reach the green checkpoint.

You might notice that there is no way for you right now to undo a command that you entered, which means that if you made a mistake you cannot go back unless you execute all the commands. You can fix that by adding an Undo and consequently a Redo functionality.

Go back to SceneManager.cs and add the following variable declaration right after the List declaration for botCommands:

The undoStack variable is a Stack (from the Collections family) that will store the references to the commands that have been undone.

Now, you will add two methods UndoCommandEntry and RedoCommandEntry for the purposes of Undo and Redo respectively. In the SceneManager class, paste the following code after ExecuteCommandsRoutine:

Going through this code:

Now, you will add keyboard inputs to use these methods. Inside the SceneManager class, replace the body of the Update method with the following:

Great — you are almost done! But before finishing, you should make sure of two things:

To do this, first you will add a new method to SceneManager. Paste the following method after CheckForBotCommands:

This method clears the undoStack and then calls the AddToCommands method.

Now, replace the call to AddToCommands inside CheckForBotCommands with the following:

Finally, paste the following line after the if statement inside the ExecuteCommands method, to clear the undoStack before execution:

And you are done! For real this time! 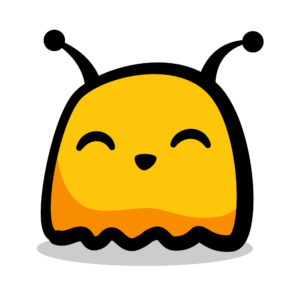 Save your work. Build and click Play in the editor. Type commands as before. Press U to undo the commands. Press R to redo the undoed commands.

Try to reach the green checkpoint.

You can download the project materials using the Download Materials button at the top or bottom of this tutorial.

To know more about the design patterns involved in game programming, I strongly recommend checking out Game Programming Patterns by Robert Nystrom.

To learn more about advanced C# techniques, check out the course C# Collections, Lambdas, and LINQ on our website.

As a challenge, see if you can reach the green checkpoint at the end of the maze. I have provided the solution below in case you are stuck. It is just one of the many solutions you can arrive at. 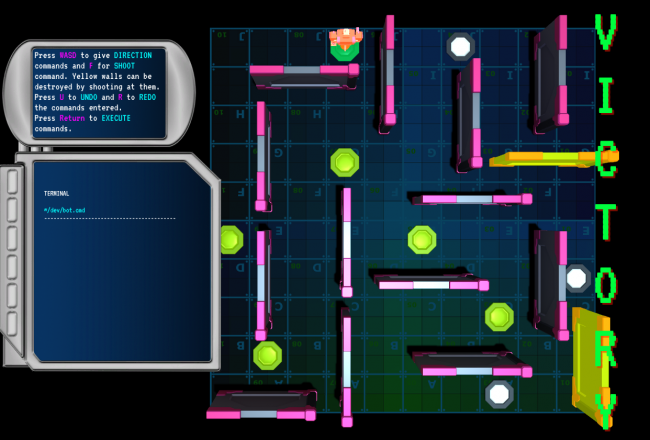 That's it! Thanks for reading. I hope you enjoyed the tutorial, and if you have any questions or comments, please join the forum discussion below!

Special thanks to the artists Lee Barkovich, Jesús Lastra and sunburn for some of the assets used in the project.