Learn how to play audio files programmatically in this Audio Tutorial series for iPhone developers. 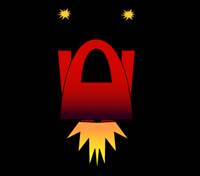 This article is the third in a three-part Audio Tutorial series covering audio topics of interest to the iPhone developer.

So far in this Audio Tutorial series we’ve talked about the difference between file and data formats and how to convert and record audio on your Mac. Now we’ll get to the fun part – actually playing audio on your phone!

System Sound Services provides an extremely easy way to play short audio files. This is particularly useful for audio alerts and simple game sounds (such as making a ‘click’ when moving a game piece). All you have to do is the following:

It is important to define pewPewSound as an iVar or property, and not as a local variable so that you can dispose of it later in dealloc. It is declared as a SystemSoundID.

If you were to dispose of it immediately after AudioServicesPlaySystemSound(self.pewPewSound), then the sound would never play.

Doesn’t get much easier than that. However there are some strong drawbacks to this method:

There are many advantages of using AVAudioPlayer; it gives you a lot of bang for the buck. You can also play several sounds at once (using a different AVAudioPlayer for each sound), and you can play sounds even when your app is in the background.

However, the drawback of AVAudioPlayer is it can be extremely slow. If you tap a button and try to trigger a sound with AVAudioPlayer, there will be a noticeable small delay. But if that doesn’t matter to you (like for starting up background music), AVAudioPlayer is a fine choice. By the way, prepareToPlay is optional; if you don’t call it, it will be called implicitly when the AVAudioPlayer calls play.

And there are a couple other things to keep in mind:

I put together some sample code showing how to use System Sound Services and AVAudioPlayer that you might want to check out. It also illustrates how to use AVAudioSessions, how to handle interruptions, and how to set audio to play in the background. And in addition to demonstrating those APIs, it has some mighty funky beats and a cool spaceship to boot. Pew-pew!

If you’re writing a game or another app where you want fine grained control of audio with low latency, you probably don’t want to use the above methods. Instead, you might want to use OpenAL, a cross-platform audio library supported by the iPhone.

OpenAL can be a beast with a steep learning curve. Luckily, Alex Restrepo has made a nice Sound Engine library using OpenAL that you can either use in your projects or use as a reference.

Another option is the Cocos2D game library, which includes an extremely easy to use sound engine that makes playing audio a snap. You can learn how to use it the tutorial on How To Make a Simple iPhone Game With Cocos2D 3.0.

That’s about all I’m going to cover about audio topics in iPhone programming for now – but keep in mind I’ve barely scratched the surface. If you’re interested in more, I’d recommend reading Apple’s docs, especially the Core Audio Overview and the Audio Session Programming Guide, and possibly digging into OpenAL a bit more. You might also like to look at the tutorial How To Make a Music Visualizer that contains some additional examples of iPhone audio.

I hope this Audio Tutorial series has been useful to other developers who may be new to audio concepts. Feel free to share any additional info you’re aware of regarding audio programming that may be useful to others!